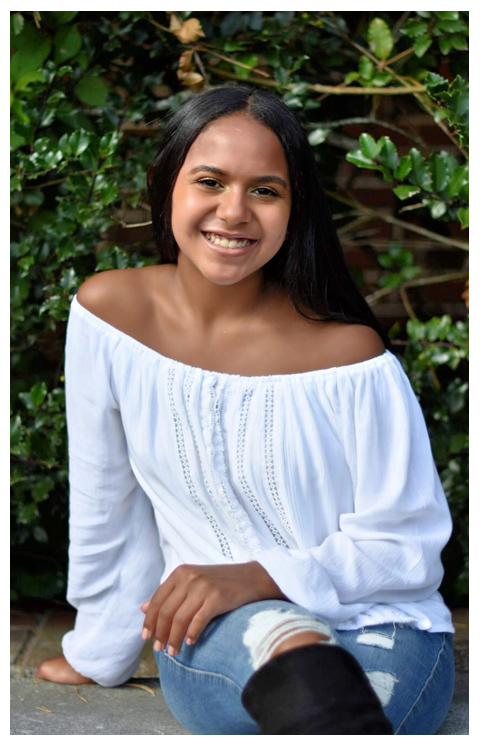 Angelis Seguris (‘25 Wentworth Institute of Technology) could not have imagined all that she would become when she, her mother and brother left her father and other family members behind in the Dominican Republic to create a life in the United States. She faced new schools, a new language, and a new culture in a place where she was suddenly a minority. At the age of nine, she joined the Boys & Girls Club of Salem, forging connections and developing skills that have proven key to her many successes.
Serving as the four-year President of the Keystone Club, a B&GC program that focuses on three key areas- community service, academic success, and career preparation–Angie’s leadership skills grew exponentially. She helped organize service events, such as clean-up projects in the community and ice cream socials at the Senior Center, activities for younger club members, such as a Lip Sync Battle, and fundraising opportunities to raise money to attend the National B&GC Conferences to network, participate in workshops and bring back new ideas to improve the Salem Club. Angie also held the position of mentor to younger members, and twice she was named Youth of the Year, the Club’s top honor.
At Salem (MA) High School, Angie drew on those experiences in her role in La Union Latina, a club designed to celebrate the Hispanic culture and to highlight Salem as a diverse and united city. She also demonstrated her concern for recent immigrants by reading the morning announcements in Spanish, so that they wouldn’t feel left out. Academically a high achiever, Angie earned 12 college credits through Salem High School’s Forten Scholars Program, a partnership with Salem State University, where students prepare for future success through college level coursework while still in high school. Angie is grateful for the rigor of those classes as a prelude to college work.
Angie is a first year student at Wentworth Institute of Technology, where she is majoring in Architecture.