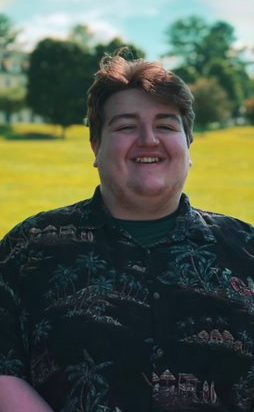 David Richardson is a recent graduate of Danville School in Vermont. In his freshman year there, he was introduced to Interact Club. He said, “I immediately was hooked onto the idea of volunteering and helping others throughout my community. Over the course of the school year, we had the opportunity to do a supply drive for an animal shelter, and volunteer in a
homeless shelter.” Building on his involvement in Interact Club, David became a leader in Student Leaders For Voice and Change, which he described as “a group in our school designed to help create change in our educational environment through the voices of student advocates.”

David was also very involved in student government as Vice President and President of his class, which led to two years of service as a school board representative. In his seat on the school board, David affected positive change and discovered his purpose. He reflected, “It was at this moment I found my passion for what I wanted to do in my life. I loved advocating for change in my community, and after I graduate college, I hope to be able to do the same thing on a state and federal level.” Regarding his time at the University of Vermont, where he is currently enrolled, David stated, “While at UVM, I hope to be able to learn from some of the best professors in the country, and participate in activism on campus and in the Burlington community.”