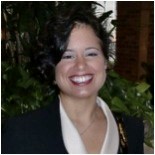 Courtney graduated from Bay Path University in 2008 with a major in Criminal Justice. She went on to work with the FBI for nearly six years, during which time she participated in the investigation of the Boston Marathon bombing, assisted the 2013 Presidential Inauguration Command Post Operation in Washington, D.C, oversaw communications for multi-state gang take-downs and published a planning guide for special events that is now being distributed to local, state, and federal law enforcement agencies. Currently, Courtney is pursuing a degree in International Disaster Response Law after graduating with a M.S. in Emergency Management from Eastern Kentucky University in December 2014. Most recently, she has accepted the position of Lead Faculty for the American Women’s College’s online, undergraduate degree program in Emergency Management.